Skip to main content
Spring Registration is now open!
Get the classes you need! 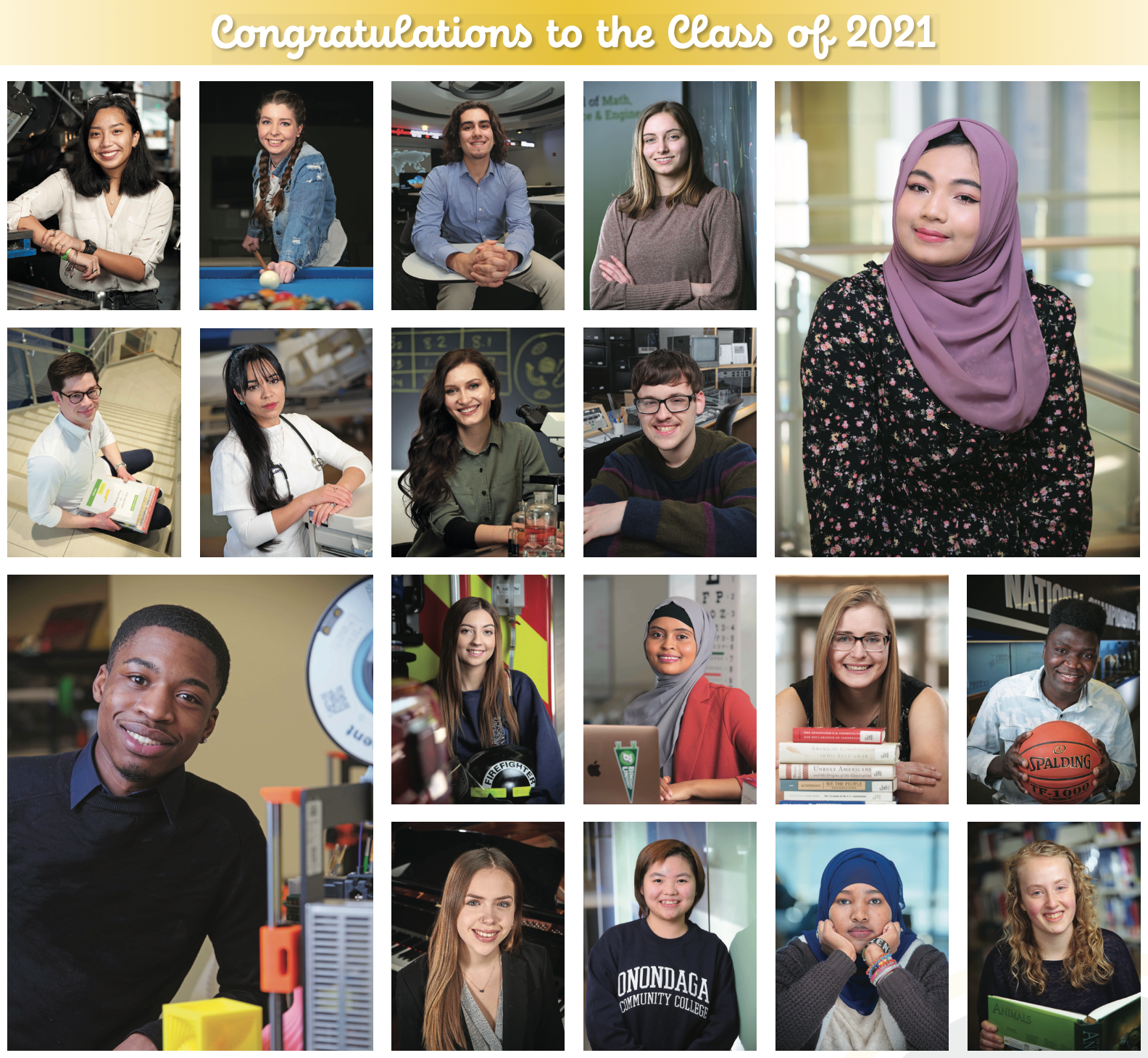 A Community Responds to Student Need

Our students certainly faced unprecedented challenges this past year, but the one thing we know is they didn’t face them alone. Community investment in the Lazer Response Fund, established in Spring 2020 to support emerging student needs in the pandemic, doubled our initial goal and stands at $210,000! Nearly 400 donors contributed nearly 500 gifts and SUNY provided a $50,000 matching gift. Campus constituents joined community groups and hundreds of individual donors to directly support student needs – examples included a female student in her 20’s whose family lost their home during the pandemic. Her application to the Lazer Response Fund alerted the College to her situation and allowed faculty to intervene and help her finish her coursework in the summer semester when her situation stabilized. Other examples included students whose issues with food insecurity were addressed by the fund with favorable academic outcomes due to the support. None of this would have been possible without the collective efforts of the campus and greater community. Thank you for your support!

Dr. Daryll Dykes, Ph.D., M.D., J.D. knows success. The seven letters after his name say a lot. The practice says even more. He is a proud graduate of Onondaga Community College. He is a pediatric and adult spine reconstruction surgeon at Upstate Orthopedics certified by the American Board of Orthopedic Surgery. He is the Chief Diversity, Equity, and Inclusion Officer at SUNY Upstate Medical University. He is a member of numerous professional organizations, a former President and CEO of Medical and Surgery Spine Consultants

of Minnesota, and has published and presented extensively in his field. And that’s just a summary. This whole publication could be filled with his accomplishments.

But, where success is often hailed as evidence of great personal achievement and “grit,” Dr. Dykes has a simple message for OCC’s students and community: No one gets here alone.

It’s a message that rings true at any time, but amidst a pandemic that led to record unemployment, challenges with education and technology access, and the trauma associated with COVID, it is even more essential.

Reflecting on his success as the commencement speaker at William Mitchell College of Law in St. Paul, Minnesota, Dr. Dykes said he realized, “I was just one beneficiary of the transformative power of an OCC education and the promise of self-discovery that the College commits to every student, every day.” 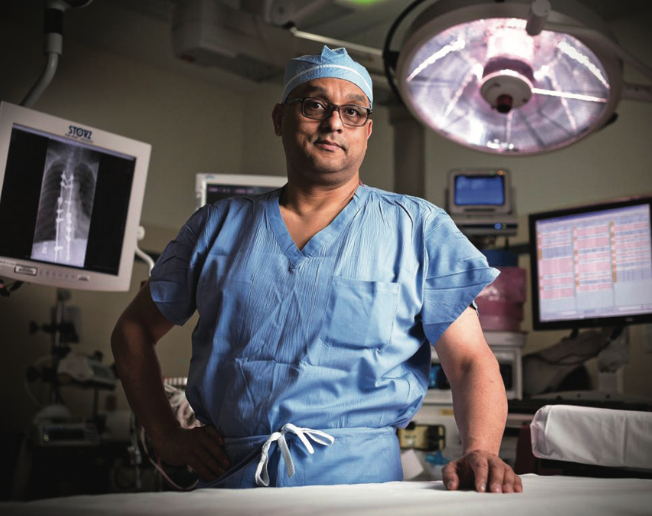 Dr. Dykes has been a key supporter of the Lazer Response Fund and hopes to inspire more donors to contribute directly to student need at the College. 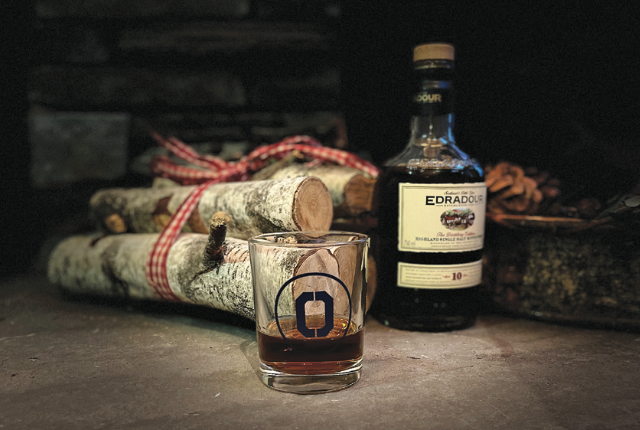 A little bit of one can lead to a lot of the other – and this past February’s virtual “Whiskey & Wisdom” fundraiser sponsored by the OCC Foundation and presented by Dining Inside Out and Kitty Hoynes, featured local spirits from FLX Distillers, Lock 1 Distilling, and Old Home Distillers, and favorites from Redbreast and Bushmills which also led to a lot of donations that go to direct support of OCC students.

Special appearances and performances included songs from Ben Mauro, guitarist for Lionel Richie and Cher, and a piano performance by Dr. Kevin Moore. Special thanks to all guests and event sponsors Alliance Bernstein and Wegmans.

In 22 years with OCC, Emeritus Music Professor and accomplished composer Phil Klein wrote the College’s Alma Mater, taught some of the area’s most influential musicians, and maintained an active live music schedule of his own. Sadly, he passed in December of 2020 at the age of 92. But perhaps his greatest accomplishment was a humble one: “He maintained friendships with so many of his former students, and honestly, they just loved him. He respected them, and to him, they were equals,” said his daughter Amy Klein, who is a Professor of Health and Physical Education at OCC.

Klein taught at Lake George and Skaneateles public schools for a combined 11 years before coming to OCC to help build up the College’s music program.

Even with his teaching responsibilities, Klein never lost his love for playing publicly. “Oh, he’d be out gigging during the week, driving to Rome to play at the Savoy a couple nights.”

Some of his former students include Syracuse musicians Mark Doyle, Joe Whiting, and George Rossi. Amy says she received so many meaningful messages on her father’s passing. “Each of those famous musicians here in Syracuse put up a tribute to him on Facebook. It just made my heart want to explode. You wouldn’t believe the wonderful notes and messages I received.”

Klein was also a well-know peace activist in the area, attending events through the Peace Council. “He was more than a teacher. He treated everyone equal, at work or outside. Equality and justice were important to him” said Amy.

Upon his passing, Amy asked that donations and support be sent to the OCC Foundation, which maintains a scholarship for music students, as well as general scholarships.

“He loved the College. We would be out for a bike ride, and he’d say, ‘Let’s go into the college,’ and he’d come up with some reason to go,” she said. “He’d always find a reason.” 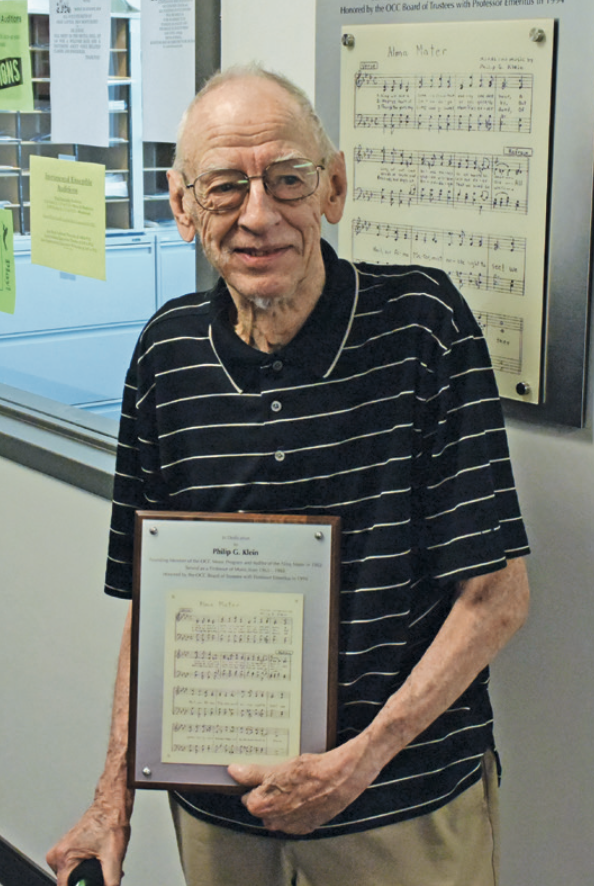 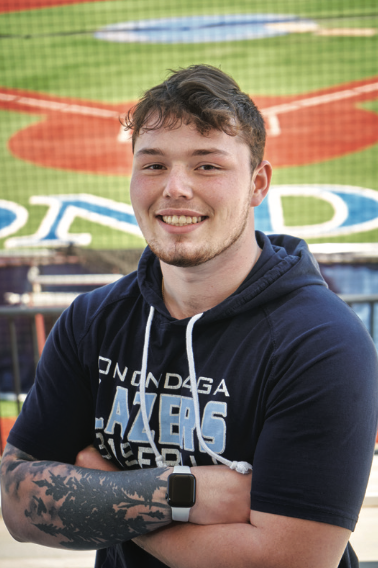 There’s an old Honus Wagner quote that graced the Baseball Hall of Fame’s “Grandstand Theatre” movie for decades before an upgrade two years ago: “There ain’t much to being a ballplayer. If you’re a ballplayer.”

Old Honus retired in 1917, right before the flu epidemic of 1918, so he never knew how hard it could be when you can’t play.

Batavia, New York native Jake Humes came to OCC to play baseball for the Lazers. With the 2021 season canceled, he didn’t get to. So the former Monroe County Division IV Player of the year and first-team All-Monroe County League player applied himself to other things. He is a member of Slutzker Honors College majoring in Liberal Arts and Sciences: Humanities and Social Sciences, works as a Student Ambassador giving tours and performing other functions, and also earned the OCC Community Scholars Award this spring. His plans are to transfer, eventually, to a four-year institution to study exercise science. Oh, and of course, to play baseball.

OCC’s 58th commencement ceremony looked a little different from the 57 that came before it. The College adapted though, and students were still able to celebrate with their families. Over 400 students took the momentous walk across stage to receive their diploma. Congrats to the one-of-a-kind Class of 2021! 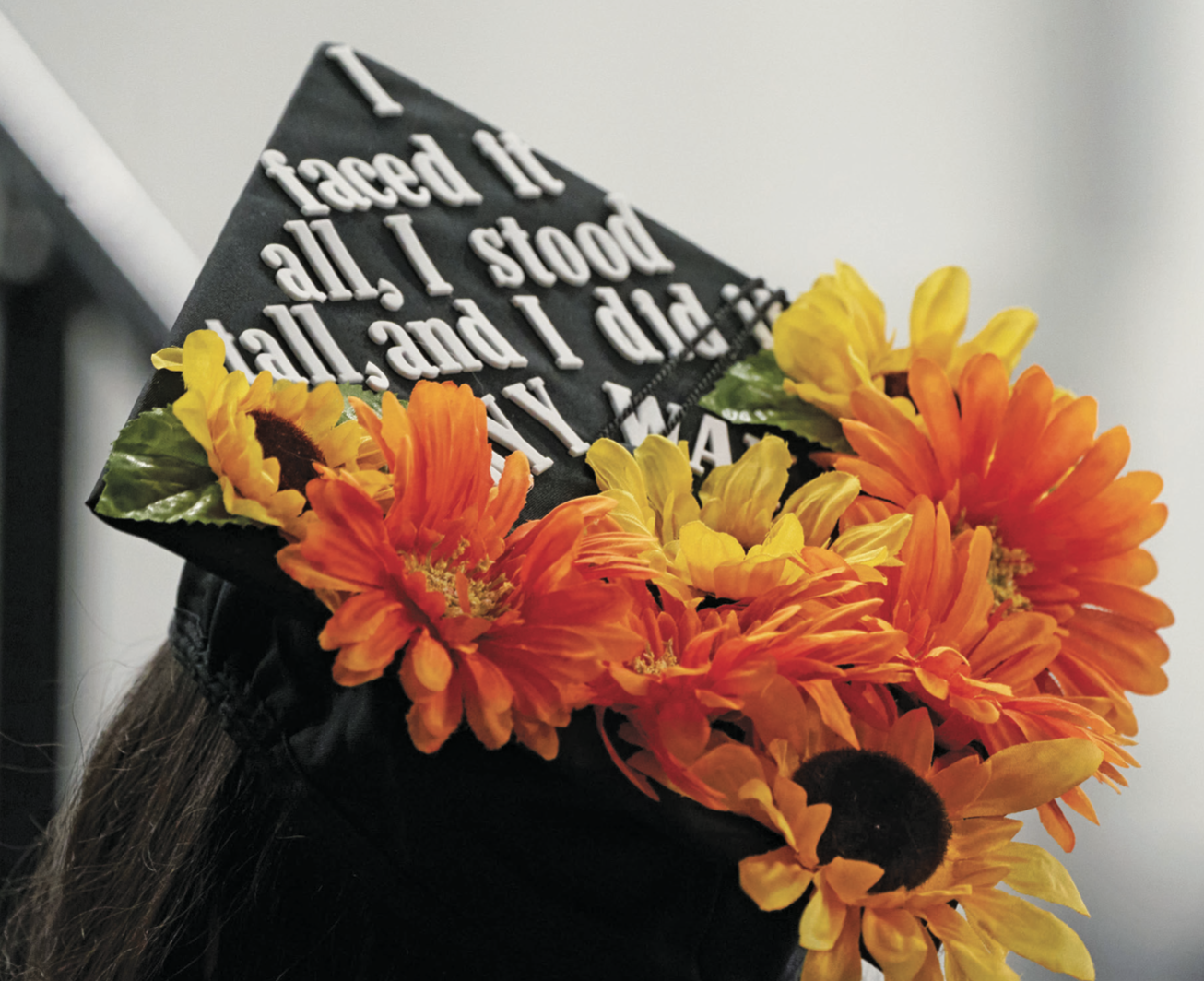