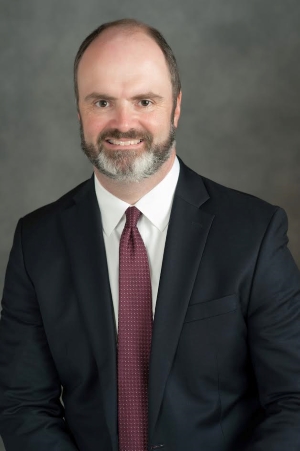 Dr. Matthew Reed has been the Vice President for Academic Affairs at Brookdale Community College, in New Jersey, since 2015. In that role, he is the chief academic officer for a college of approximately 9,000 students and 180 full-time faculty, and he manages an instructional budget of over $30 million.

At Brookdale, he developed the first Academic Master Plan since 2008. Its single focus is the reduction or elimination of student equity gaps across lines of race, ethnicity, income, and gender. Dr. Reed also established, and chairs, the Academic Management Operations Committee (AMOC), which brings together the leadership of academic affairs, student affairs, and continuing education to improve internal communication across silos.

When COVID hit, Dr. Reed headed up the Proactive Pandemic Planning Committee, served as Incident Response Commander, and established a series of open Zoom meetings called “Mondays with Matt” to maintain open communication. He has maintained an active community presence, volunteering with the Jersey Shore Debate League and serving on the Board of the Monmouth Museum. He is also past chair of the Academic Affairs Affinity Group, comprised of the chief academic officers of all 18 New Jersey community colleges.

His community college experience started in 2003, with an appointment as the Division Dean of Liberal Arts at the County College of Morris. In 2008 he accepted the role of Vice President for Academic Affairs at Holyoke Community College At Holyoke he presided over six consecutive years of improved course completion rates, and helped establish the Faculty Council to improve internal communication. He has almost two decades of management experience in community colleges with tenure systems and collective bargaining. At both Holyoke and Brookdale, Dr. Reed successfully increased the diversity of the ranks of the faculty through a deliberate focus on equitable and fair hiring practices.

Dr. Reed has long been an active presence in the national conversation around community colleges and public policy. His 2013 book, Confessions of a Community College Administrator, has been taught in graduate classes in higher education leadership programs. His Inside Higher Ed column, “Confessions of a Community College Dean,” is widely read throughout the industry. He has been an invited speaker in graduate classes at Ball State, NJCU, Memphis State, the University of Maryland Global Campus, and Harvard. He has been a keynote speaker at statewide community college conferences in Arkansas, Michigan, New Hampshire, and New Jersey, as well as at the National Association for Community College Entrepreneurship (NACCE), ACAD, and the Chairs Academy. He even gave a well-received TEDx talk, “Education When Information is Free,” in 2015. His national presence in the community college world was behind his selection to the inaugural class of Aspen Presidential Fellows in 2016.

File
CV Matthew Reed
The campus community is invited to meet with Dr. Reed on March 3rd from 12:15 to 1:15 in Storer Auditorium in person or by Virtual Open Forum