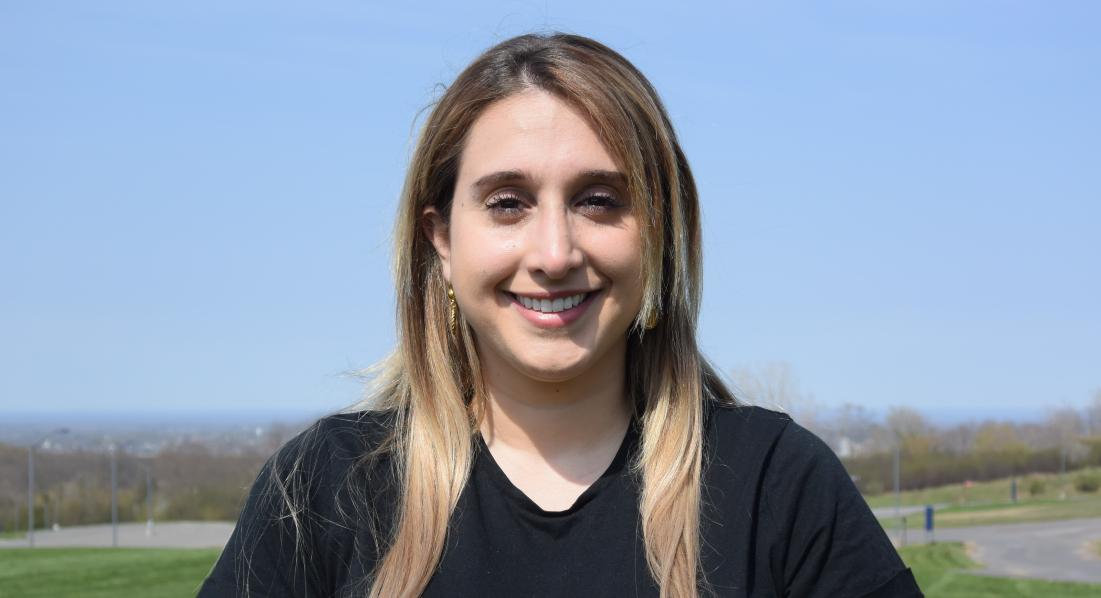 Nor Rizek will receive her Mathematics & Science degree at OCC one year after graduating from Harvard.

On Saturday May 15 Nor Rizek is expected to become the first student in Onondaga Community College history to earn her degree here AFTER receiving her bachelor's degree from Harvard University. "It was super important to me to come back here and finish what I started. I went through a rough period the first time I was here."

Rizek graduated from Westhill High School in 2011 and began taking classes at OCC the following January. Her first year in the Mathematics & Science degree program went well. Then her mother passed away and things spiraled out of control. She wound up moving out of state, getting her life back together, and attending another community college. She did well there, earned a degree, and received a scholarship to attend Harvard.

During her first stint as an OCC student Rizek was a volunteer in the Howlett Hill Fire Department. As a student at Harvard she commuted to the Boston-area campus so she could continue to serve her community both with the fire department where she is now its vice president, and American Medical Response (known as "AMR") Ambulance Company where she works as an EMT (emergency medical technician).

In April of 2020, while in her final semester at Harvard, Rizek was sent to New York City with fellow paramedics to assist with aiding Covid patients. She arrived on April 24 and worked until May 28, which was also commencement day at Harvard. "What are the odds I would graduate from Harvard? And when I did I was in New York City trying to make a difference during a pandemic. I made the best of it though. That last day I walked around with a cap and gown on as we were demobilizing!"

After returning to Central New York with her bachelor's degree in hand, Rizek committed herself to completing her Mathematics & Science degree at OCC. During her final semester on campus she continued to work as a firefighter and EMT. She also added another job, giving vaccinations at the New York State Fairgrounds. "It's amazing how life has come full circle. A year ago I was in New York City helping people with Covid. Now I'm giving them shots. Working on vaccinations has been very rewarding. I love talking to the people I'm giving shots too. Some of them are in tears because they are so happy they are being vaccinated."

Life has also come full circle for Rizek at OCC as well. Nine years after starting here, she's taking the last class she needs for her Mathematics & Science degree. "This isn't just another degree. I'm happy to put an end to this chapter in a good way."

Soon she will begin studying for the Medical College Admissions Test, known as the "MCAT." She hopes to start medical school next year on her way to becoming a trauma surgeon in what would be another full circle experience. "As an EMT I really enjoy working on emergency response. There's something about safely transporting a critical patient so he or she can get the care they need. I want to be on the other side of it and help out with a positive outcome."

As she continues to work toward her goals, Rizek hopes her mother who she said goodbye to way too soon is aware of everything she is accomplishing. "I like to think I'm making her proud and she's watching over me. I try to live a good life and be a good person day in and day out and remain positive. I say positivity is perseverance. That's been my motto forever. If you have the will to stay positive you can persevere."

Take your love for math and science to the next level 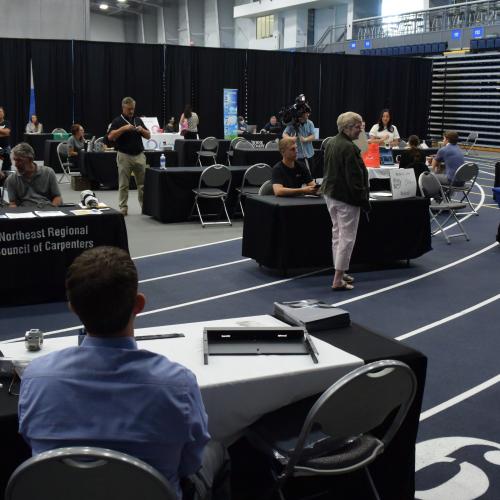 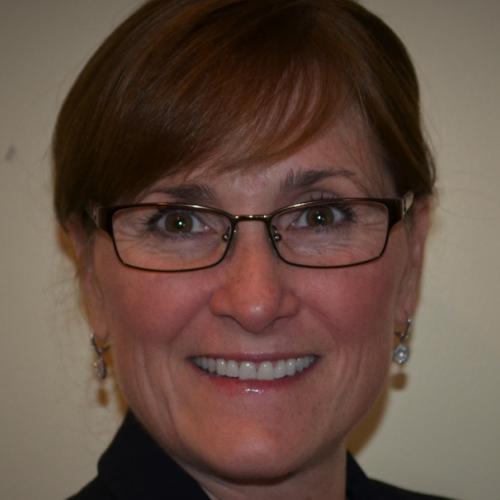 Alumna Leading Nurses Through The Pandemic 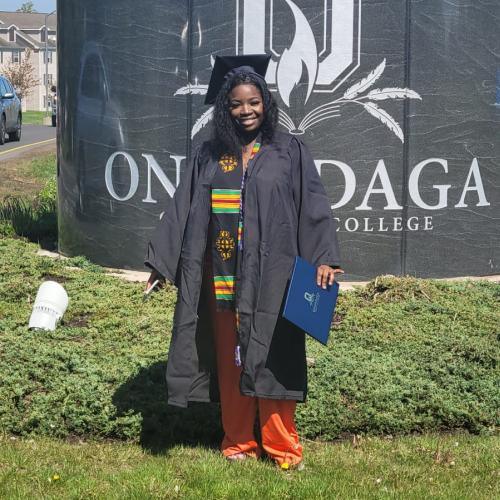